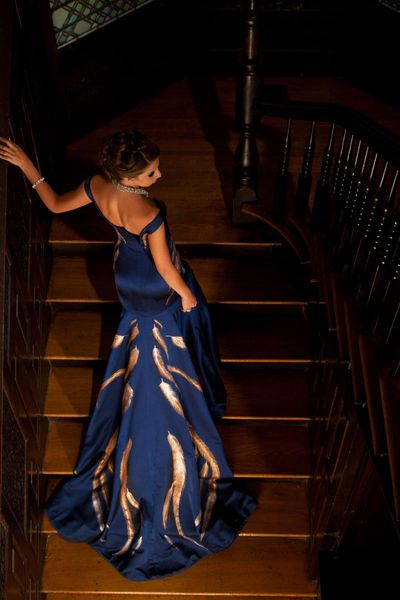 Victoria Wilmoth Couture was extremely honored to have had the opportunity to make a custom chef coat for Chef Lynnie that was featured on their their cover, as well as page 61, 114, 115.

Victoria Wilmoth Couture is featured in Tied In A Bow Magazine on pages 126-135.

Victoria Wilmoth was privileged to have her gown hand selected by Dr. Andre Leon Talley to be exhibited, photographed, and published in his Little Black Dress Exhibition and book.

She was also selected to present her senior collection to a jury of industry professionals, resulting in being one of thirty-five students in the annual senior show.

Her dress was voted a favorite by the President of Garden and Gun, Rebecca Wesson Darwin!